DAILY POST Nigeria and other big brands as well as global figures made history at the just concluded African Advancement Forum Award which held in London, United Kingdom.

The hugely anticipated global 2019 Africa Advancement Forum Summit with the theme, “Building a Prosperous Africa on the Pillars of Peace, Security, Entrepreneurship and Human Capital Development” witnessed a huge attendance from global and renowned figures. 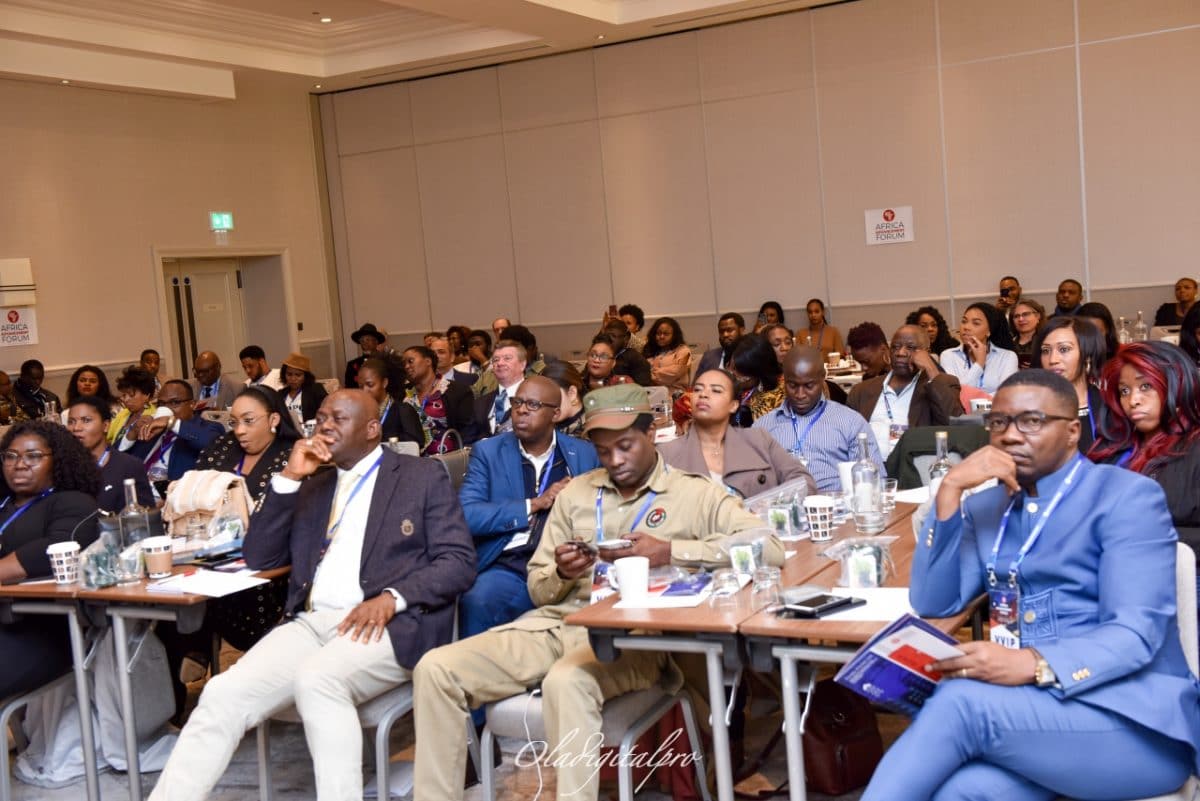 The event which held at the prestigious London Marriott Hotel, Regent Park, London, UK on the 31st day of October, 2019 was memorable as discussions on Afro-centric issues, the challenges bedevilling Africa’s desire in advancing the course of the continent and others dominated the event.

“Global Partnership” on the pedestals of Sustainable Development, Good Governance, Accountable Leadership and Economic emancipation was also emphasized in all the keynote addresses.

A statement from the organizer said, ‘’The Global Summit may have come and gone, but its impacts and significance has continued to re-echo resoundingly within the Media and Business Community in the UK and Africa. The delegates at the summit didn’t hold back their desires to see more interactions of this nature as they argued that it is perhaps for the first time the Continent’s issues were tabled in the frankest and objective manner and exhaustively addressed by some of the very highly regarded and extremely informed discussants most of whom had in the past worked tirelessly in the interest of advancing the development of the African continent and promoting partnerships with the continent.’’

DAILY POST reports that various keynote speakers delivered various papers. They include, Hon. Henry Bolten (OBE); Leader of Our Nations Party of Great Britain, Who spoke on the UK-AFRICA business relations and how Brexit will impact on the partnership. 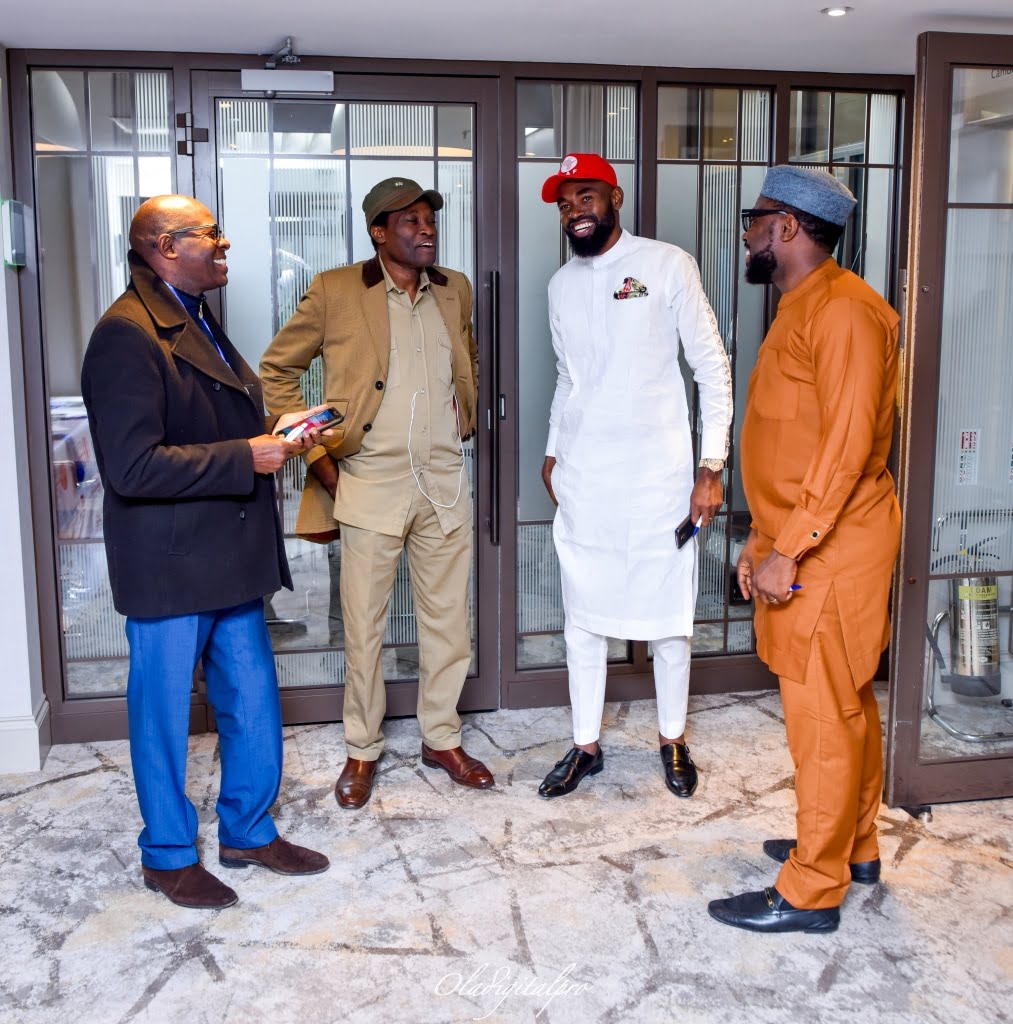 H.E Justina Mutale; Founder, Justina Mutale Foundation featured prominently with a call for Africans to look inward and hold their grounds against invasion and dominating partners who have a history of abusing the continent and her resources. She added, “Africa will build a new foundation for economic prosperity leveraging the new Africa Single market.’’

Keith Stokes-Smith FCIS, ACMA; A Magistrate, Consul for Lithuania and President of Commonwealth Birmingham, explored the strategic relations and new partnership opportunities opened to Commonwealth nations and Africa. He called on countries to engage as there is much to do and gain from purposeful partnerships.

The CEO’s fire chat session featured 3 exceptional CEOs who are leveraging their entrepreneurial achievements to elevate the continent and these individuals were; ENGR. EMMANUEL AUDU-OHWAVBORUA, DR. MRS. ELIZABETH TEIN JACK-RICH TEIN JR and HRH Dr. EBUKA ONUNKWO.
The summit proper ended at about 7pm, and deserving distinguished persons and organisations who have made indelible mark by their contribution to the advancement of the continent were recognised and celebrated.

Following the success of the 2019 Africa Advancement forum, the 2020 event will be unveiled in London on the 12th of January 2020 at a press parley with Uk mainstream media in attendance.

The award session saw the following recipients honoured at the exclusive dinner session:

H.E ADAMA BARROW
AWARD FOR EXCELLENCE IN LEADERSHIP
* Awarded for his Excellent Leadership in navigating his Country, The Gambia from authoritarian past

H.E JOAO MANUEL GONCALVES LOURENCO,
AWARD FOR EXCELLENCE IN LEADERSHIP
*Awarded for showing leadership in maintaining internal peace and cohesion in Angola’s peace building and reconciliation between warring forces which can be referenced on how to approach peace processes in other regions of the world.

AYAM MAHAMOUD, MBE
ROLE MODEL TO THE FEMALE CHILD
*Awarded for her inspirational and exemplary achievements in the unpliftmemt of the girl Child

HON. HENRY BOLTON, OBE
AWARD FOR INTEGRITY IN PUBLIC SERVICE
Awarded for his long standing meritorious achievements serving the Government of The Great Britain, especially his sterling contributions to the Military and the Police. Not forgetting his contribution to deepening democracy in the United Kingdom.

H.E JUSTINA MUTALE
ROLE MODEL TO THE FEMALE CHILD
Awarded for making huge impact and contribution to the empowerment and capacity building for the girl child through the Justina Mutale Foundation entrepreneurship initiatives.

* Awarded for carving a niche in the provision of tailor made Investment and Financial Services, specially adapted for the African Market
DR. MRS. ELIZABETH TEIN JACK-RICH TEIN JR.
AWARD FOR OUTSTANDING HUMANITARIAN PERSONALITY OF THE YEAR
*Awarded for shaping society through massive selfless empowerment initiatives for women and youths numbering over 5,000 beneficiaries

14. SEAHORSE LUBRICANT
Awarded for pioneering the production of specialised lubricants for automobiles and generating sets in West Africa

PALTON MORGAN HOLDINGS
REAL ESTATE ORGANIZATION MAKING A DIFFERENCE IN AFRICA
Awarded for embarking on some of the most innovative real estate master pieces across Africa
16. HABEEB OLALEKAN OKUNOLA
AWARD FOR HUMANITY & ENTERPRISE
* Awarded for his exemplary Business ethics, quality service delivery and unparalleled philanthropy and humanitarian drive for the less privileged

DAILY POST
MEDIA ORGANISATION MAKING A DIFFERENCE
* Awarded for excellence, balanced reportage and respectability in the Mediasphere
18. DR. SMELLY DUBE
AFRICAN WOMAN OF THE YEAR
Awarded for been a Global role-model, especially to the female population and for engineering the new emerging African Advancement through her various entrepreneurial initiatives